So it’s been just over 3 months since I’ve blogged. Since I last posted, I have hopefully finished the last of my units for my Grad Dip in Information and Library Studies, passed my probation at work & settled into my new role at work. I’ve been at my new work for about 2 months now & been settling in rather well. The only problem I have with the whole work situation is that I’m still a casual & if I can’t work for whatever reason, I’m screwed. That is in fact a very scary situation to be in, considering that I’ve got a mortgage over my head. I’m taking one day at a time & slowly looking for work as it comes along, building relationships along the way & networking. I’ve also got accepted to do my Masters in Information Management, I’ve decided to do this within 2 years rather than a year and a half.

It’s been a pretty eventful year & I’ve had many opportunities to reflect on where my life is headed. I’m hoping to start a few side projects which will help me get through the working day & keep my brain active doing what I love to do. I can’t quite say what it is yet, but all in due time. I’m also wanting to get back into reading more & blogging more about stuff. I’ve always struggled with keeping my private life off the internet & have been fiercely protective about what I put out there on the big internets. Hazard of the job I guess, knowing how much data is put into cyberspace daily is frightening, especially when it can be used against you. But, I’ve decided sharing & documenting bits of my life without giving away identifying information is as much as I want to do. I’ve got a few interesting blog posts lined up, so am really looking forward to getting into it.

I guess the reason why I’ve been absent from blogging is that after a long day’s work staring at the computer all day, the last thing I want to do is stare at the computer all night again. Staring at the computer screen for 7.5 hours a day while doing mundane tasks is really not my thing. I’ve been craving human interaction at work & not quite getting that much. Which is why I’ve also decided to turn to blogging again as a way to get my thoughts out in more than 140 characters. There is only so much I can put on Twitter, which I will still be on. I’ve always been one for writing & I’ve missed it. A lot more than I’ve actually realised.

At some point later this month, I will be reflecting more on the year gone by & looking to set some goals for next year & review what I’ve accomplished this year. It’ll be exciting and bittersweet to leave behind 2014, but I am looking forward to 2015 & for better beginnings! I’ve always been one to wait for the perfect time to do things but I am slowly beginning to live by the motto carpe diem, seize the day. There is only so much time I’ve got on this earth & waiting for the perfect time to do things is just not something I can afford to do anymore. Here’s to seizing the day!

I recall very clearly that while growing up, I wanted to be a number of things when I got older. They ranged from being a fashion designer, to a lawyer, a doctor & my favourite one so far: an air stewardess. The last one probably stemmed from the fact that Dad worked in the airline & we were lucky enough to get cheap tickets to travel places. I remember that I looked forward to going on a plane each trip, as I loved the whole experience. From the checking in at the counter, right down to the crappy plane food. Yes, I was a strange child… 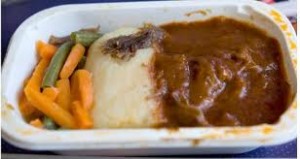 I vaguely remember that the air stewardess thing lasted till I was about 12 or 13. Around about the time I realised I probably had a bit more growing to do before I could qualify. By the time I got to around 16, I stopped growing & I am now at my full grown height of… 156cm. 2cm too short to make it to become a stewardess. Oh well, there goes the dream of serving crappy plane food to people…

Around about my teenage years, I also was fascinated with writing & becoming an author of sorts. I wrote a few articles & short stories. I also was quite fascinated with cooking & baking at that point. I quite clearly remember an assignment that I had to do for school to do with career paths & voices. We had to come up with a career goals we were interested in & come up with ideas or ways that we were to achieve that. I remember that I wrote that I wanted to become a chef & how I’d do that was to read up on books & learn from others around me. Oh how naive I was back then. My teacher wrote a note on my paper asking me to think about vocational qualifications I could obtain to follow that path. I remember thinking to myself, “oh whoops, I definitely need to do more research into this”. FYI, those were the days where I didn’t have Internet at home & I was relying on what I knew about things from people around me. It was Malaysia, need I say more? 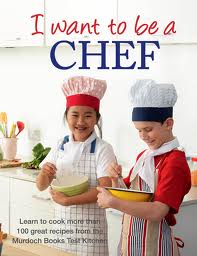 Then I somehow grew up slightly and decided that I wanted to become a marine biologist when I was 17. I think it was cause my Dad’s cousin’s husband is a marine biologist & the whole family lived in exotic places. I might have also watched one too many dolphin or whale related movies…. Either way, it was either that or be an author. I had absolutely no idea what I was going to write about but I love writing, I figured that it’ll work out one day.

Then I moved to Australia to study when I was 18. I had no idea what I was going to do at university but I had one year to think about it as I was doing a foundation year in Perth. The year went by pretty quickly and I still didn’t have a clear idea of what I wanted to do, though I was still pretty gung ho about marine biology. My Aunty then dashed my hopes and told me people who were marine biologists would have to have had interest in it since they were young or have done some work in it before. Needless to say, I had no experience in it and my plans to become a marine biologist were shelved. That really didn’t solve the problem picking a course to study at uni the following year. The list of courses were endless, I felt like just randomly sticking my finger onto the brochures and whatever it landed on, I’d study it. Now, thankfully I didn’t do that. I was going to apply for journalism as I did have an interest in that, but in the end, I applied for 2 unis, picked biomedical science at one and food science & nutrition at the other. I got accepted to both but I still didn’t know what I wanted to do. So my Aunty put me in touch with her friend’s daughter who is an Occupational Therapist and she spoke to me about what OT was and I made the decision to reapply for OT and managed to get in through a very weird way that I’ll save you the boredom from reading.

Fast forward 4 years, I graduated and got my current job which I’ve been at for 4 years. All in all, I guess what must be said is that the career I am now isn’t one that I would have imagined I would end up with. I can say for sure that I am passionate about the disability sector and helping people in whatever capacity I have. The industry I’m in is well known for not paying well, but at the end of the day I can say that the work I did that day, made a difference in someone’s life.