It’s been a pretty ok week so far, nothing exciting has been happening. I had my nephew’s first birthday last Saturday & it was a Disney themed birthday. 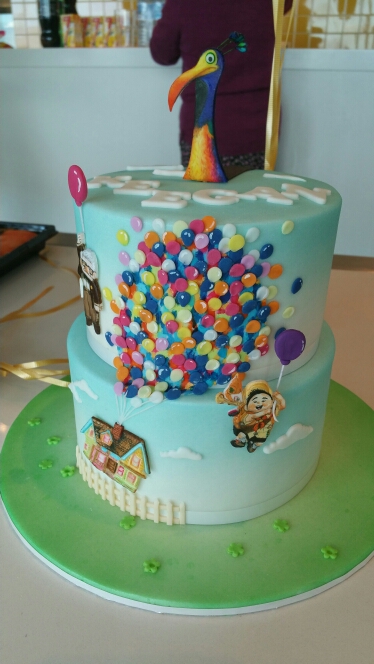 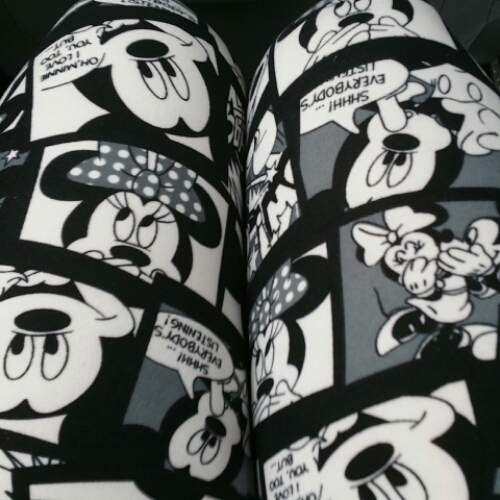 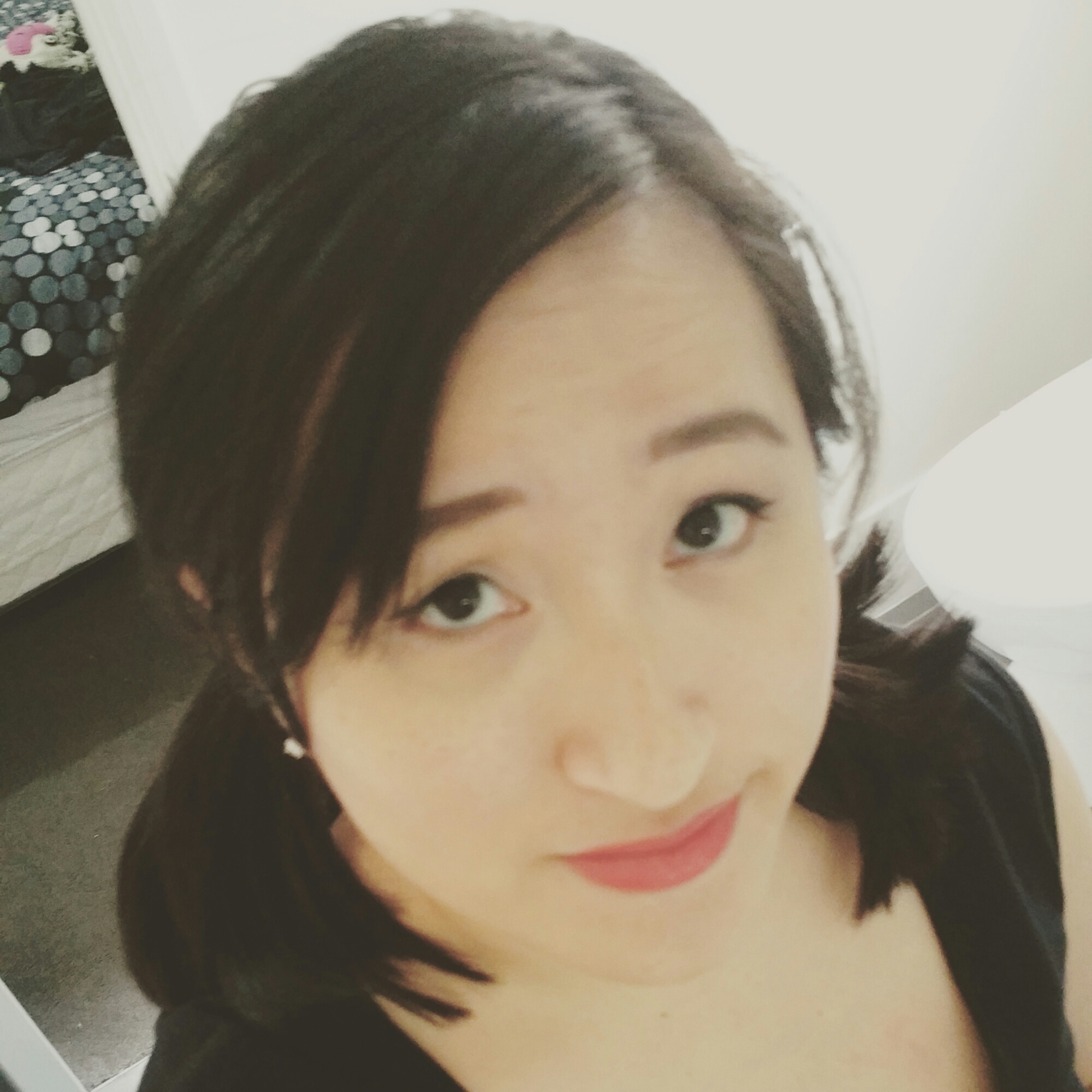 My Disney leggings were as close as I got to the Disney theme. Actually donned red lipstick for it & got my face did up. I don’t clean up too shabby, I don’t think 😂 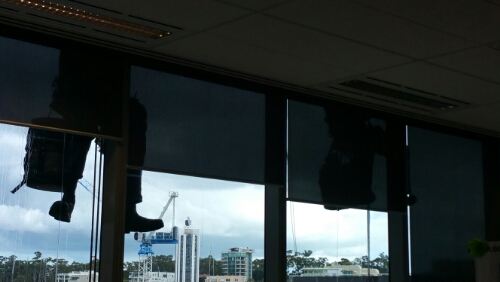 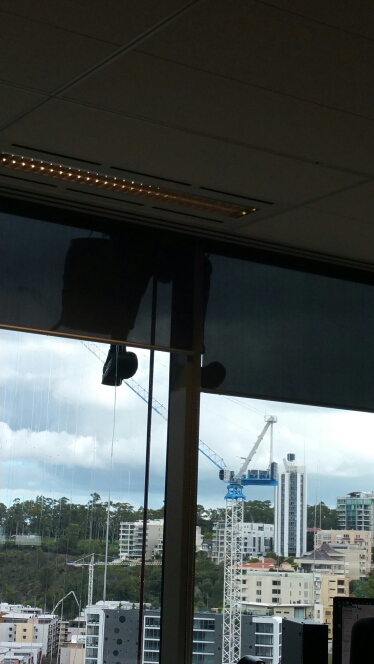 We got quite the sight at work on Wednesday when the window cleaners made their descent while cleaning the windows. I’m near a corner of the building so there were something like 4 planes that the window cleaners were working on. Funny thing is it rained pretty much right after the windows were cleaned. Haha apparently this always happens! It seems to be window cleaning time in the CBD this week, I’m going to assume it’ll rain each day then. 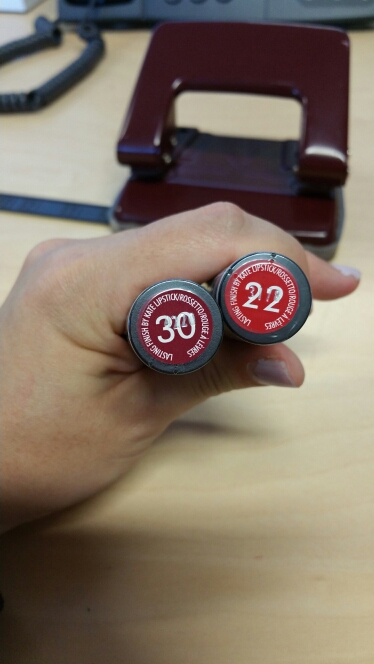 I treated myself to some new Rimmel by Kate Moss lippies. I was wanting shade 10 but they sold out & I had to settle for these 2 shades as it was 3 for the price of 2 over at Priceline. I went in to get myself a liquid eyeliner cause my new Scandaleyes one wasn’t quite up to par. I miss the Maybelline Line Stilletto one, they don’t do them any more.

That’s this edition of Friday Matters for me! How was your week?

It’s already past the middle of May & I haven’t even reviewed my goals from last month. The year is almost up again & I feel like I haven’t quite accomplished much again. It’ll be my 1 year anniversary at my current workplace tomorrow & it is a bit of a mixed bag of feelings. Feels good that I managed to stick it out a year but also not so good cause I haven’t been able to leave what was supposed to be a temporary position.

I’ve not quite applied for the many jobs I’ve aimed for, but instead I’ve changed my tact to apply for positions which I would really want and would have a shot of getting an interview & beyond. So far, I’ve applied for the position that I’ve just narrowly missed out on previously & thus begins the really long wait to hear back.

I still haven’t gotten my TV fixed, but have got it on my list of things to do at some point this month as I really want my old TV back.

I’ve managed to keep up with my studies last month, submitting quite a number of assessments & getting a result back today. I managed to get a 24/30 for an assessment, which I’m pretty chuffed about seeing that I did that in about 4 hours. I’ve got one last piece of assessment to submit in a few weeks before I can have a break.

I’ve also managed to get back on the blogging bandwagon after slipping off a bit again for a while due to the stress from assignments. All in all, a pretty good month for April.

Goals for this month:

1. Get a quote to get my TV fixed. I’ll have to do this at some point as I’m a bit over the smaller TV & it looking so odd in my room.

2. Work on my secret project. I’ve written a schedule & rough plan which I want to try to stick to to try to make some progress slowly. I won’t be ready to launch or reveal the project for at least another year or so, but want to have some substance & content ready for when I am ready to finally start it up.

3. Finish up this semester at uni on a high. I’ve got one more big assignment (50%) due in a few weeks & I’m starting to put it together from now. So far I’m not failing the 2 units I’m doing, which is always a good sign.

4. Keep up with the blogging here. I’ve got a few posts planned & I’m quite enjoying the fact that I’ve rediscovered the password feature on my blog. Being able to write about some personal stuff here is quite cathartic & soothing. If you would like the passwords, please e-mail me kristinesays at Gmail dot com. I’m happy to give out passwords, I just want to know who is reading my personal posts 🙂

I suppose 4 goals for the month is enough. My planner is full of other daily to do lists which keeps me sane & my thoughts on to paper rather than stuck in my head. What are your goals for this month? Let me know in the comments!

It has been quite an up & down week that’s just gone past. I was PMS-ing & it always drives my moods haywire for about a week, especially if I was already feeling a bit down or stressed prior. I wrote a few posts last week which were quite personal, one of which was locked away & to be quite honest, it was what I needed to pen down here. 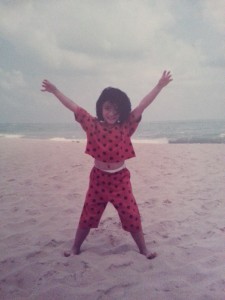 I yearn to feel carefree as a child. Nothing to worry about apart from needing the potty & food. Maybe also finding books to read, but mostly a carefree life. I’ve just realised that I’ve got an almost identical hairstyle now to the picture above. Going back to basics eh?

I’ve managed to complete an assessment for uni & only have to work on a pretty big one before the semester ends in a few weeks. Am so glad it’s almost over! I’m pretty mentally exhausted from it all, I can only imagine that next semester will be about the same & next year it’ll be worse due to the research project I will have to manage while working full time. I’m trying not to think about that till I have too, got too many other things to worry about anyway.

I’ve just submitted a job application today, am hoping something will come out of it. As I mentioned in one of my previous posts, I’ve been targeting jobs specifically, rather than trying to broadly apply for anything in the 2 industries I’m interested in. I don’t think my sanity will be able to cope with it all while trying to juggle so many things at a time. It’s for a pool for a job which hopefully will pay quite well. I’m hoping something comes out of it all & my efforts haven’t been wasted. It is quite depressing when someone tells you that you didn’t get the job.

Anyway, I’m off to go play some video games after all the work I’ve done this morning. I think I deserve some down time today 🙂

After yesterday’s cathartic post, I felt a bit lighter & relieved that I put my thoughts down & out to the universe. I went to bed & slept quite a good sleep actually.

I woke up before my alarm this morning & checked my emails as I was quite content in laying in bed till I had to get out. I stumbled upon an email saying that I had won a signed copy of Rachel Khoo’s Kitchen Notebook cook book. Needless to say, I was pretty elated & chambered out of bed straight away to message the other half. Why I had to climb out of bed to do that on my phone, I’m still not quite sure lol

I’m a person who believes that things happen for a reason & nothing is there by accident. Winning this book has really made me believe that this is a sign to chase my dreams. Believe or not, it was this week that I was praying for a sign of where my career would lead to as I had received another rejection a few weeks ago & am expecting that another rejection will be in the near future for some positions I’ve applied for. I’m not bummed that I got rejected for my old job or even the job I’ve been chasing for years while in my old job. I’m a bit relieved at the fact I don’t have to go back to that old life, but at the same time wondering what my future holds. After a wake up call like this, I think I have a vague idea of what I need to do.