Lately, I’ve read a lot about the interest rate going down & who the real winners & losers are. It makes pretty interesting fodder during my lunch break.

I thought I’d share a bit about the my savings habits throughout the years, which I think might help out. Please read this with a pinch of salt, what works for me, might not necessarily work for you & bear in mind that I am not a licensed financial planner or do I even work in finance. Now with all the legalities out of the way, here’s my tips on building some savings.

1. Write down your earnings & spending
Do this how ever you are comfortable with – pen & paper, app or even a wall chart. I started out documenting it all in a simple notebook when I first moved to Perth & it’s evolved since, but now I use an app to quantify things. Being able to see what I spend my money on is usually the first step in constructing a functional budget. 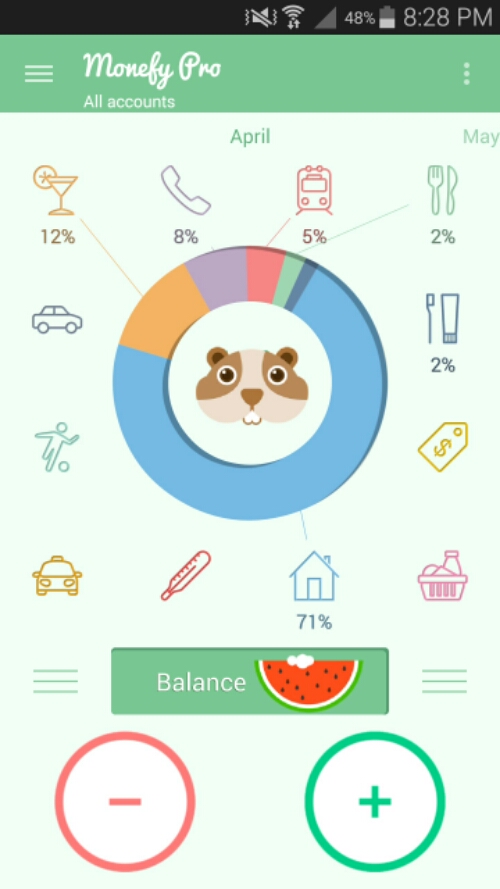 2. Save at least 10% of your earnings
This might sound hard, but trust me it is possible. I worked 2 days a week during uni & saved 10% then, which was quite a big portion as a student. Having that 10% in a high interest savings account & term deposits (back then it was almost 7%), made my meagre savings work for me. I have a modified version of that savings plan currently. All my excess money sits in my mortgage offset account, making my money work for me again.

3. Work out a functional budget
When I say functional, I mean don’t tie yourself down with being rigid about everything you spend each week/month, but be flexible & allow yourself some leeway to buy things or services you might want every now & then. For example, I lobbed my hair off over the weekend, which isn’t normally in my budget but I allow a small amount of money to be able to do stuff with. A girl’s gotta live ya know!

Hope these tips help somewhat in sorting out your finances!

So it’s been just over 3 months since I’ve blogged. Since I last posted, I have hopefully finished the last of my units for my Grad Dip in Information and Library Studies, passed my probation at work & settled into my new role at work. I’ve been at my new work for about 2 months now & been settling in rather well. The only problem I have with the whole work situation is that I’m still a casual & if I can’t work for whatever reason, I’m screwed. That is in fact a very scary situation to be in, considering that I’ve got a mortgage over my head. I’m taking one day at a time & slowly looking for work as it comes along, building relationships along the way & networking. I’ve also got accepted to do my Masters in Information Management, I’ve decided to do this within 2 years rather than a year and a half.

It’s been a pretty eventful year & I’ve had many opportunities to reflect on where my life is headed. I’m hoping to start a few side projects which will help me get through the working day & keep my brain active doing what I love to do. I can’t quite say what it is yet, but all in due time. I’m also wanting to get back into reading more & blogging more about stuff. I’ve always struggled with keeping my private life off the internet & have been fiercely protective about what I put out there on the big internets. Hazard of the job I guess, knowing how much data is put into cyberspace daily is frightening, especially when it can be used against you. But, I’ve decided sharing & documenting bits of my life without giving away identifying information is as much as I want to do. I’ve got a few interesting blog posts lined up, so am really looking forward to getting into it.

I guess the reason why I’ve been absent from blogging is that after a long day’s work staring at the computer all day, the last thing I want to do is stare at the computer all night again. Staring at the computer screen for 7.5 hours a day while doing mundane tasks is really not my thing. I’ve been craving human interaction at work & not quite getting that much. Which is why I’ve also decided to turn to blogging again as a way to get my thoughts out in more than 140 characters. There is only so much I can put on Twitter, which I will still be on. I’ve always been one for writing & I’ve missed it. A lot more than I’ve actually realised.

At some point later this month, I will be reflecting more on the year gone by & looking to set some goals for next year & review what I’ve accomplished this year. It’ll be exciting and bittersweet to leave behind 2014, but I am looking forward to 2015 & for better beginnings! I’ve always been one to wait for the perfect time to do things but I am slowly beginning to live by the motto carpe diem, seize the day. There is only so much time I’ve got on this earth & waiting for the perfect time to do things is just not something I can afford to do anymore. Here’s to seizing the day!

For those playing at home, that phrase comes form a local tv ad advertising the End of Financial Year sale for some cars. It is that time of year again & it has been a bit of a kick start to some new habits & a project. I used to be really good at keeping track of my expenses, but have dropped off as money wasn’t such a giant issue as time went on.

So I took the opportunity to kick start my expense tracking again. I’m using this app on my phone called Xpensy, which is really nifty & shows how much I spend in each category. Really helps me identify where I’m bleeding money the most or spending unnecessarily. Always good to know as I always seem to think I have more money that I actually have. Heh.

Also, have begun my new project, slowly setting things up and getting ideas onto paper and into motion. It’s rather exciting as I’m hoping that this project will be an outlet for my creative side that I’ve always felt has been rather under utilised. It’s all under wraps at the moment for good reason, I’m wanting to give it the best chance to succeed when I finally reveal it. But I am very, very excited about it to say the least.

So far, it’s been nearly 2 months that I’ve been in my not so new job now. As each day goes past, we keep finding more and more documents to be digitised or hardcopy archived, I’m still amazed at the amount of documents generated in the 7 years. The aim is to get everything cleared by end of August or early September but we will be doing it till we finish everything so when the actual finish date is anybody’s guess. My colleague’s initial contract at another project was 3 months, but it took her 1 year and 2 months to finish. I must say, now that I’ve slowly adjusted to my colleagues and settled in, the human interaction side of things are improving considerably. Actually talking to my colleagues is helping the time go past at work so much quicker, which is awesome. The amount of work I’m doing each day is also relatively high, so things will get done eventually, I’d say it’d be around the September mark. I’m actually looking forward to finishing up to be honest & move on to other things.