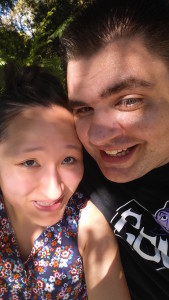 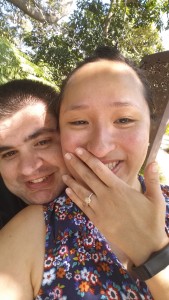 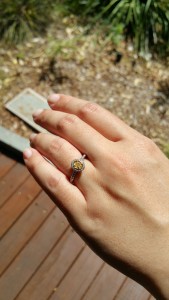 It Seems To Be Quarterly Update Time

My most favourite month of the year! This January I turned 30 on the 30th & had a nice quiet dinner at the Atrium, along with free champagne & cake. Was certainly a low key affair & I got to indulge in seafood that night, so I was a happy girl! January was also extra special as Matt popped the question officially & we got engaged on the 9th! I think that story deserves a post on its own 🙂

January also marked the point that I have been at work for 2 months in my new-ish job. In that time, we’ve had people start and quit the role & learned heaps of things in the role. Needless to say in my role, there were never 2 days alike & I made lots of phone calls & negotiated heaps to get good outcomes for the families and individuals I worked with.

On a personal note, I made the first steps of enquiring about switching my mortgage over to another bank as my current bank was going to hike the rates up as I was currently in a honeymoon phase of discounted rates. A whole 1% difference in interest sure adds up over the years & I’m quite keen to secure the best rates to be able to not pay so much to the banks & be a slave to them.

It was Matt’s birthday in February, so we celebrated with a nice dinner down at Paparazzi in Mandurah. If you haven’t had really good Italian food, I’d suggest they are worth a visit! Portion sizes are huge, but oh so yummy!

February also marked the point where I made the steps to actually swap over my mortgage & waited for the banks to talk to each other to organise the switch. Thankfully the people at my new bank are really good & have been very helpful every step of the way. Currently we’re just waiting on my soon-to-be old bank to give my soon-to-be new bank a settlement date. They’ve told my new bank to ring back on the 11th to book in a date. Cheeky buggers are trying to get the extra $87 (+$10 offset account fee) by letting my loan sit there for an extra month. I’ll be glad to be rid of them soon.

We also decided on a date for our engagement party & have begun organising for it. It’ll be a pretty cool test for planning for the actual wedding, given that we’re DIY-ing most things & going for a pretty cheap options. Am really looking forward to it all! Poor Matt is going to have to face a crazy Kristine for a while! 😛 We’ve also confirmed 2 bridesmaids & 2 groomsmen so we’re on our way!